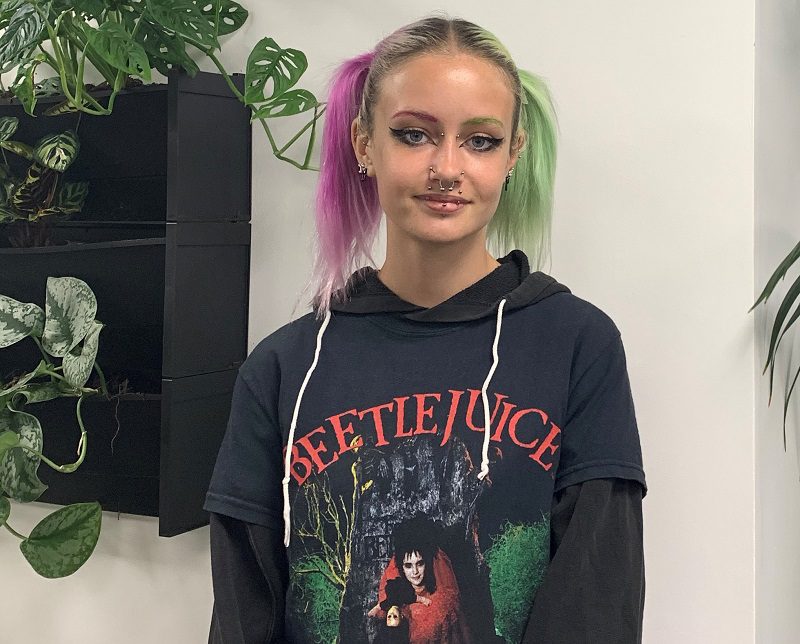 ’It’s not the end of the world’ is a phrase we’ve all heard from well-meaning family or friends after a setback.

If you have just failed an important exam, however, the chances are that such words will be of little comfort. Instead, what is needed at such moments is practical help – for someone to tell you ‘you can try again, and here’s how’.

That is where Leeds Sixth Form College’s Step-Up Pathway comes in. The programme is designed specifically to help 16-18 year olds, who did not gain the GCSEs they were hoping for, get what they need to progress.

Step-Up provides a three-year route to sitting A levels, or a hybrid option of A levels plus a vocational qualification, and starts with a first year during which each student aims to gain five GCSEs. For some, like former Leeds Sixth Form College student Jamal Mottley, this option has represented a life-changing second chance.

An alternative route to success

Jamal used the Step-Up Pathway to re-sit his GCSEs before going on to achieve three A levels with Leeds Sixth Form College, and has now started university. Speaking in August after finding out his results, he explained how difficult personal circumstances had led to him failing his GCSEs the first time around.

He said: “I didn’t know you could re-sit them and thought it was a one-time thing.

“But then my mum got out of hospital and helped me look for somewhere to re-sit my GCSEs, and found Leeds Sixth Form College. I don’t know where I’d be without Step-up!”

Ro Elliott, meanwhile, has just started her A level courses at the college after successfully gaining five GCSEs through Step-Up.

She said: “I wasn’t really in full-time education for a lot of secondary school which is why I didn’t get the opportunity to do my GCSEs properly, so the fact the college introduced this course was really beneficial to me.”

In a recently published study on education inequalities, the Institute for Fiscal Studies (IFS) argued that one of the key shortcomings of the country’s education system was the ‘lack of adequate second chances’.

Step-Up, which is especially helpful for English for Speakers of Other Languages (ESOL) students, allows them to develop their language skills.

Principal of Leeds Sixth Form College, Rachael Booth, said: “We are very proud of our Step-Up Pathway and the route it provides for students who want to study A levels but haven’t, for whatever reason, got the qualifications they need yet.

“Each year we hear from so many talented young people, like Ro and Jamal, about how much having this second opportunity to achieve, and excel, means to them.

“Education, like life, isn’t always a straight line, often due to things we can’t control. This pathway ensures that students can try again for the qualifications they need to progress and shine in whatever they choose to do.”

More information on the Step-Up Pathway can be found here.The IFS study can be viewed here.

We are pleased to share with you our new branding, which reflects a renewed set of values and vision for the future. The re-brand coincides…

A college with its sights set high

We are forging ahead into the new academic year with a ‘Good’ with ‘Outstanding’ features Ofsted rating under our belt. Based in the heart of…

Our sincerest condolences go out to the royal family following the announcement of Her Majesty Queen Elizabeth II’s death.

Read More
Next >>
Leeds Sixth Form use cookies to improve your experience. You may opt out of these if you wish, however, this may limit some features of the site. Read MoreACCEPTReject
Privacy & Cookies Policy